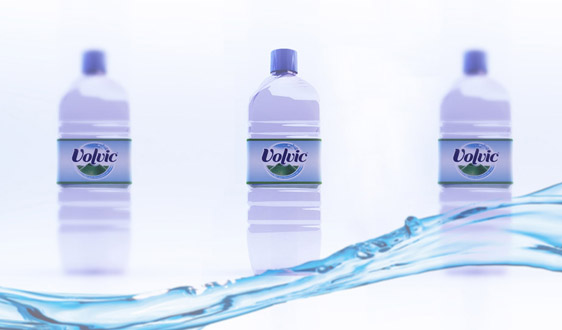 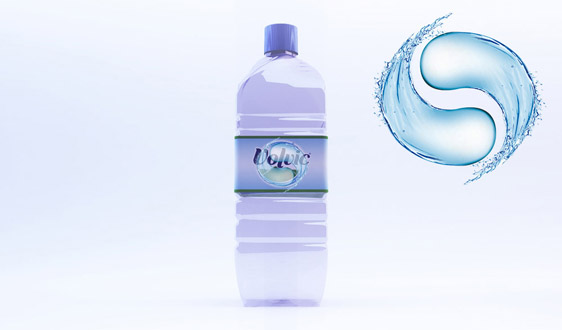 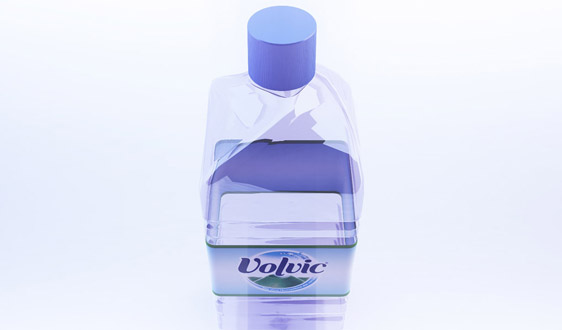 The twisted shape in the upper side is inspired by the volcano and represents the Panta Rhei (everything flow) of Heraclitus.
Heraclitus may rightly be called the Grandfather of the Stoicism, a philosophical system built upon the unassailable power of a single idea: live according to nature. The Heraclitean philosophy is also very close to another ancient philosophical tradition, that of Taoism: the Tao (or "the Way").He shared with the philosophy of Lao Tzu not only the emphasis on continuous change, which he expressed in his famous saying "everything flows", but also the notion that all changes are cyclic (Yin and Yang).Classically, when used in place names, "yang" refers to the "sunny side". Light was assumed to come from the south, and so would shine on the south face of a mountain or the north face of a river valley. In the same way, "yin" would be the opposite, "shadowy side".

Volvic wants to renew its 50 cl bottle of mineral water. They want to refresh the design of this specific bottle that is consumed as an impulse and that allows you to embrace life.
They thought about you, the most creative community in the world to help them bringing fresh ideas and visual ways to make Volvic the most desirable water in the world. Volvic will then use your ideas as material for inspiring the creation of their new 50 cl bottle.
Through photos, powerpoint presentations, collages, 3D animations or videos, invent the new 50 cl bottle of Volvic. Make it good looking, fresh, dynamic, pure, vital, authentic, committed to nature... all the values Volvic represents and wants to portray at first glance. Please look at the video on the left to know more about Volvic's personality.